At the time of his sudden death from cancer on August 12, 1997, Allison was finally reaching the mainstream popularity he had always desired. Allison began his major American comeback when he signed with Alligator in 1994, following 12 years of living and performing in Europe, where he had grown from a club artist to a major headliner. 1994's Soul Fixin' Man and 1995's Blue Streak provided a launching pad to American stardom for Allison and his searing brand of hard blues. With the Grammy-nominated Reckless in 1997, Allison soared. He won three W.C. Handy Awards in 1998, five W.C Handy Awards in 1997 (including the coveted Entertainer Of The Year award), scored a total of 15 Living Blues Awards in the same period, and was featured on the covers of the three major national blues publications: Living Blues, Blues Access, and Blues Revue. He appeared on Late Night With Conan O'Brien, National Public Radio's All Things Considered, and The House Of Blues Radio Hour. Even People magazine ran a rave review of his new CD. He was performing in theaters and concert halls rather than small clubs. And no matter where he played, he left audiences open-mouthed in amazement. In just three short years Allison had gone from the latest rediscovery to, as Blues Revue magazine declared, "The New King Of The Blues."

Born in Widener, Arkansas in 1939, Luther Allison (the 14th of 15 musically gifted children) first connected to the blues at age ten, when he began playing the diddley bow (a wire attached by nails to a wall with rocks for bridges and a bottle to fret the wire). His family migrated to Chicago in 1951, and Luther began soaking in the sounds of Muddy Waters, Sonny Boy Williamson, and Robert Nighthawk. He was classmates with Muddy Waters' son and occasionally stopped in the Waters' house to watch the master rehearse. It wasn't until he was 18 already in Chicago for seven years that Luther began playing blues on a real guitar and jamming with his brother Ollie's band:

By 1957, Allison had dropped out of school and formed a band called The Rolling Stones. Unhappy with the name, they became The Four Jivers, gigging all over the West Side of Chicago. Before long, Luther was jamming with the West Side's best, including Magic Sam, Otis Rush, and Freddie King, who encouraged Allison to sing. "That," said Allison, "was my school." When King began to tour nationally in the early 1960s, Allison took over King's band as well as his weekly gigs at Walton's Corner and became one of the hottest acts on the West Side. For five years, Allison honed his craft. He moved to California for a year and cut sides with fellow Chicagoans Shakey Jake Harris and Sunnyland Slim. He cut his first two songs as a leader on the now-classic Delmark anthology, Sweet Home Chicago, before releasing his first solo album (also on Delmark), Love Me Mama , a record of hard-hitting blues that spoke to the growing rock audience. But even before his debut album came out, Luther landed a headlining spot at the influential Ann Arbor Blues Festival in 1969, and went from relative unknown to major blues-rock attraction. "His guitar riffs seemed to defy the possible," raved John Fishel, the program director of the festival, who brought Allison back to perform at the following two festivals.

Allison signed with Motown Records in 1972 as the label's only blues act. His three records for the Gordy subsidiary led to numerous concert dates and both national and international festival appearances, but domestically, interest in the blues was fading. After finding instant acceptance in Europe, he was convinced that Paris was the place to be. While he gained superstar status in Europe and released a dozen European records, his presence in the American music scene diminished..

With the release of Soul Fixin' Man in 1994, Allison's first domestic album in 20 years, he announced his return. "Fever and chills performances," said Guitar Player, "ferocious solos combine the wisdom of a master storyteller with the elegance of B.B. King, the elasticity of Buddy Guy, and the big sting of Albert King." After three mammoth U.S. tours, America once again was paying attention to Luther Allison. Allison followed up with Blue Streak, and the praise and accolades poured in. "A sonic roar as soulful as his gospel-shout vocals," raved the Washington Post. "Luther Allison's latest is nothing short of a masterpiece by a master," reported Blues Revue. Continued touring brought Allison before raving fans around the world, as he brought his band from the San Francisco Blues Festival to New York's Central Park Summerstage, with all stops in between. With Reckless, Allison reached even greater heights. Guitar World said, "Reckless in the best sense of the word, dancing on a razor's edge, remaining just this side of out-of-control. Hard-driving, piercing West Side Chicago single-note leads with a soul base and a rock edge."

Throughout it all, Allison delivered one show-stopping performance after another. His boundless energy and fierce guitar attack combined to make him a blues superstar who reached rock fans like no bluesmen since Freddie King and Albert Collins. When the news broke that Allison had been diagnosed with inoperable lung cancer in July of 1997, the blues world was shocked. When he died just four weeks later, they were devastated. Without a doubt, Luther Allison's death robbed music fans of one of the most exciting and popular blues performers ever. With Live In Chicago, Allison lives on, as he tears through the songs with the single-minded desire to give everything he has to his audience. While listening to the album, fans can immerse themselves in the explosive power of Luther Allison's music and experience the redemptive force of his legendary performances. 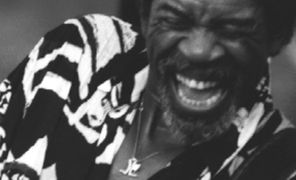 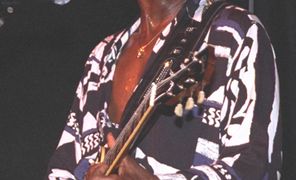 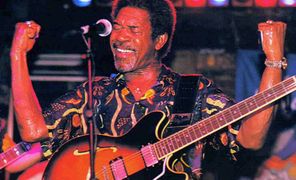 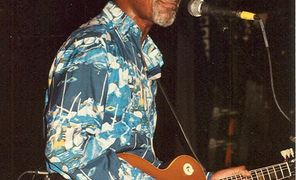 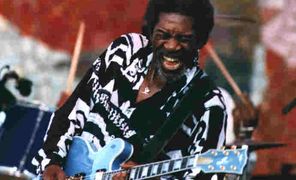 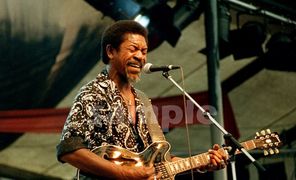 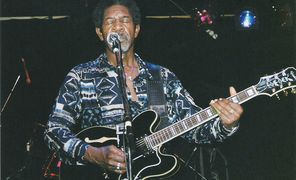 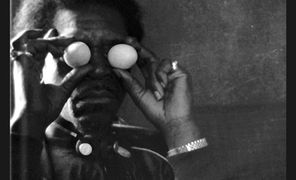