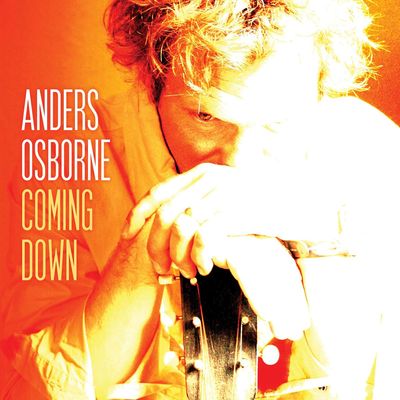 Re-release of the 2007er Album: On Coming Down (MC-0060), where Ander’s sings about his two great loves, his wife and New Orleans.

Anders Osborne was born in 1966 in Uddevalla, Sweden. Anders left home at age sixteen and hitchhiked south. He spent the years that followed working odd jobs and playing music throughout Europe, North Africa, the Middle East, Asia, then across the U.S. and eventually ending up in Louisiana in 1985. New Orleans was a perfect match for Osborne, with ist mixture of Afro/Euro culture, vibrant lifestyle and welcoming attitude, the city was reminiscent of the stories told by his grandfather, a life-long sailor and resident of New Orleans during the twenties, thirties, and forties. Anders remembers his grandfather’s stories of travelers, seekers, and eccentric people from all around the world meeting up in the colorful port towns like New Orleans.

Anders and his band toured the country hard during these years and in 1995, he was signed to Okeh Records, which had just been revived by Sony's Michael Caplan. For Okeh, Anders cut Which Way to Here. The record received rave reviews world wide and became Osborne’s first commercial break with two top-five singles on the national charts, “Favorite Son” and “Pleasin’ You.” Both were featured in several Hollywood movies, and the latter was later recorded by Johnny Lang. Anders also recorded a second CD for Sony’s Okeh label, called New Madrid. These recordings were never released, though they toured the U.S. extensively behind the Okeh record. One of these live performances was captured on the record - Live at Tipitina’s, released in 1998.

Since 1994, Anders has been working as a professional songwriter in Nashville, first for Polygram and now for Universal. He spends a couple of weeks there each month, writing and producing for/with other artists. His song, “Watch the Wind Blow By,” was recorded by country music star Tim McGraw, hitting No. 1 on the country charts for 2 weeks and selling over 3 million albums. Osborne’s songs have been recorded by artists like Keb’ Mo’, Tab Benoit, Double Trouble, Dr John, Big Chief Monk Boudreaux and many others who have garnered Anders’ Grammy Awards for songwriting and producing.