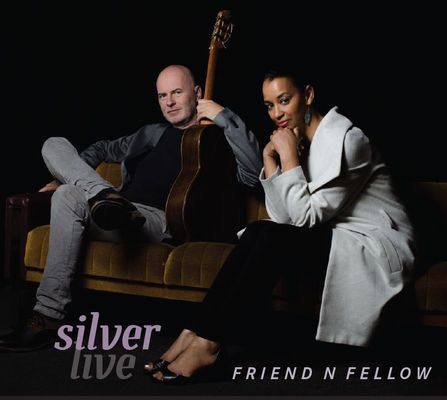 There is an anniversary to celebrate in 2016. Friend ’n Fellow is looking back on 25 musical years together.

Since 1991, when it all began with a concert in Leipzig, a lot has happened:

Tours throughout Europe, Asia and the USA

Music for Box-Events and Formel 1 teams…

But what is much more special are the intimate, unique and moving moments during one of their live concerts.

Depth, class and entertainment - and focussing on the essence of good songs.

And so their new album Silver Live offers a whole hour of pure Friend ’n Fellow - recorded up close in full intensity during their About April tour in 2015.

Wonderful guitar sound and an extraordinary voice, or as one critic wrote so fittingly: One voice, one guitar - and the rest is amazement.