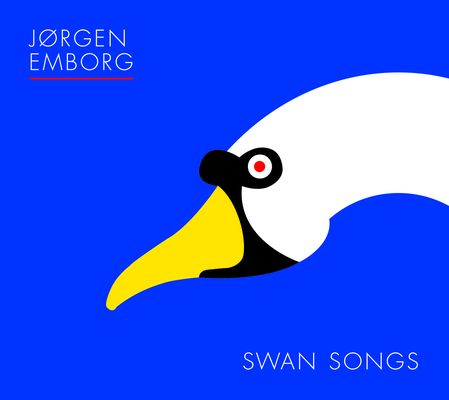 41 years after the release of pianist and composer Jørgen Emborg's debut LP SARGASSO, one can reflect on his merits as a musician, composer and conductor, painting the picture of a constantly active, curious, ambitious, fearless and not least original creator of music.

If you listen to Jørgen Emborg's rich archive of compositions and recordings, you notice his consistently positive approach to music – his music plays upwards, it ascends. He elegantly blended the sounds of Carl Nielsen and Duke Ellington with 20th century popular music that also inspired him, creating compositions that vaulted him to his position at the top of the Danish jazz and songwriting super-league.

In addition to almost half a century as an active composer and musician in his own groups, Jørgen Emborg has played with pretty much everyone and anyone who ever walked or crawled on the Danish jazz scene, just as he has also shared the stage with many artists of international acclaim. For a number of years, he was an associate professor at the Rhythmic Conservatory in Copenhagen and the pianist in the Danish Radio's Big Band, writing several choral works and arranging his own music for the Danish Radio Entertainment Orchestra, performing for the Danish royal family as well as the Thai King Bhomibol in Bangkok.

Emborg received the Ben Webster Award as part of ‘Frontline’ in 1985, and DJBFA's honorary award as a composer in 2016.

The first CD included in SWAN SONGS contains twelve original Jørgen Emborg compositions – eight of which had never been recorded before – and all arranged by the man himself, of course.

Choosing the participating musicians was easy – they simply needed to be the best in the country, namely, saxophonist Hans Ulrik, bassist Thomas Fonnesbæk, drummer Morten Lund, harmonicist Mathias Heise, and percussionist Johan Dynnesen. Four songs are sung superbly by Sinne Eeg. Choosing a pianist was not difficult either. Lars Jansson is one of sister-land-Sweden's most prominent musicians, of the same age as Emborg, and with a similar career as conductor, composer, and in-demand sideman. Jansson's lyrical and elegant playing binds the music together on SWAN SONGS in the most wonderful way.

Jørgen Emborg's ability to continue to create music that appeals to both experienced jazz listeners and those who "just like a good melody” is intact. And once again, Lisa Freeman has written beautiful lyrics to the four songs that are gently embraced by the music.

The second CD here contains twelve highlights from Jørgen Emborg's musical past as a leader as well as in the bands he was the informal leader of throughout the years. A sort of Greatest Hits collection, celebrating him as the versatile and creative musical creator he is, in close collaboration with a broad selection of his country's best musicians and singers. (NOTE; the LP version does not include these tracks).

SWAN SONGS marks a well-deserved zenith in a distinguished career. A career that places Jørgen Emborg at the top of the list of illustrious Danish jazz musicians and composers.

"Swan Songs clearly indicates something definitive – something final. That's how I felt until a while ago. At the turn of the year 2019/2020, my experience with Parkinson's Disease had been violent – suddenly I could barely do anything at all – including playing the piano. The title SWAN SONGS therefore seemed quite right, despite the hopeless horizon not leaving much optimism…

Lately, however, I have begun to wonder if swans can reincarnate and have therefore bought a piano bench with backrest...” -Jørgen Emborg, June 2020.